Vets of America© was commissioned as a photojournalism project by former U.S. Marine Corp Staff Sergeant Regan A. Young in 2016.  The project is meant to feature short stories and photos of American veterans, young and old, who served the U.S. in active combat. 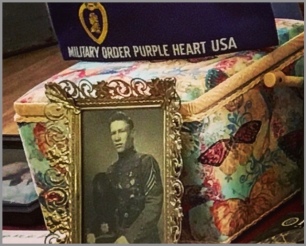 Flynn’s courageous actions not only saved the tank, but also saved the lives of his entire company within it. And he has nothing more to say about the event.

I can see him remembering, his eyes fixed in the distance. I want to ask him what it looked like, what it smelled like, more. But it’s too much. That’s all he can say. The truth is, decorated war hero Gunnery Sergeant John Flynn really doesn’t want to talk about the war. It takes too much. He is weary…

View all posts by L